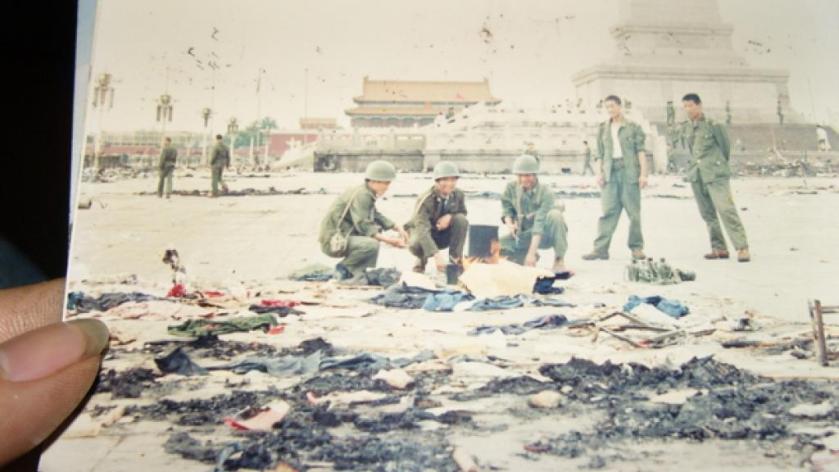 I don’t usually do back to back “blasts from the past” like this, but, well, I just saw an article on one of the Chinese “news” agencies talking about how private gun ownership in the US was a problem and should be ended.

The true irony in the article is this line:

Massacres and shootings should be deemed a serious violation of human rights.

Ironic because China slaughtered more than 45 million of its own people, whether “persecuted to death” or outright executed, in the 20th century for daring to speak out against the government.  It’s China that brutally put down the Tiannamen Square protests.  And it’s China that just got through massacring protesters in Hong Kong.  For China to talk about human rights violations is truly risible.

That, of course, is why they do not want anyone but those controlled by the Communist Party to have guns.

So, on to the blast from the past:

It has been said that if you permit the citizenry to be armed, you will have tragedies, but if you don’t you will have genocides.

In the US, out of a population of over 300 million, there are about 13,286 homicides by gun per year (2015 figures).  Some will tell you that’s an appalling figure, but you know what else is an appalling figure?  In the 20th century more than 100 million people were killed by their own governments.

Even assuming you could make all the homicides that are committed using guns go away by removing guns from private hands (you can’t, but let’s assume it for argument’s sake) it would take over 7500 years for the US gun homicide figures to add up to the number of people killed by their own governments in the 20th century alone.  Let’s take a look at what that means.  7500 years.

7500 years ago we had the Samarra culture in Mesopotamia (modern Iraq).  They were just beginning to use farming and irrigation.  In Europe we had the Danubian culture, also just starting to learn farming.  Likewise in China with the Xinle culture.  The earliest known writing is still 2000 years in the future.

During that time the longest any government has maintained any kind of continuity is possibly the Roman Empire (although an argument can be made for ancient Egypt), giving every benefit of every doubt, it stretches from it’s founding in the 8th century BC to the fall of Constantinople (the Byzantine Empire being simply the name given by historians to the Eastern Roman Empire) in the 15th AD.  That’s about a 2200 year existence.  But even with that “continuity” the remnants of the Roman Empire in the 15th century bore little resemblance to the Rome of Cicero, let alone that of Brave Horatius (of “at the gate” fame).  And even so, Rome is an exceptional case (as is Egypt).  Most governments have only lasted a few centuries at best without being overthrown, conquered, or otherwise replaced.

Going forward, how many changes can one expect over the next 7500 years?  How certain are you that at no time will it be necessary for the citizenry to resist a government turned malignant?  If you strip from the people the ability to resist, and that means having personal arms that are at least in the same ballpark as those issued to military troops then you are gambling that the lives “saved” by said restriction (which itself I dispute, but will allow for sake of argument here) will not be outweighed by the lives lost because an unresisted government turned malignant.

Now, I have so far only looked at the number of homicides in the US.  What about in the world?  Well, even though most of the world has more severe restrictions on owning firearms than does the US, the total number of homicides annually worldwide (2015 numbers) is estimated at about 160,000.  That’s more than 10 times as many as the US numbers.  But even so, we’re talking 625 years of criminal homicides to match the number of people killed by their own governments in the 20th century.  For comparison, that’s a period that stretches from 1394 to the present day.  In 1394, the vestiges of the Roman Empire (i.e. the Byzantine Empire) still existed.  There were still Viking settlements in Greenland.  The English Civil War, the Glorious Revolution, and other upheavals were still to come.  The Hundred Years War was merrily percolating along.  Martin Luther and the Protestant movement were more than a century in the future.  Monarchy was the government of the day, with the Dutch Republic still almost two centuries in the future.  And so on.

Can you even gamble a mere 625 years that there will be no need for a citizenry to forcibly resist a government turned malignant?

5 thoughts on “The Gamble of Gun Control: A Blast from the Past.”