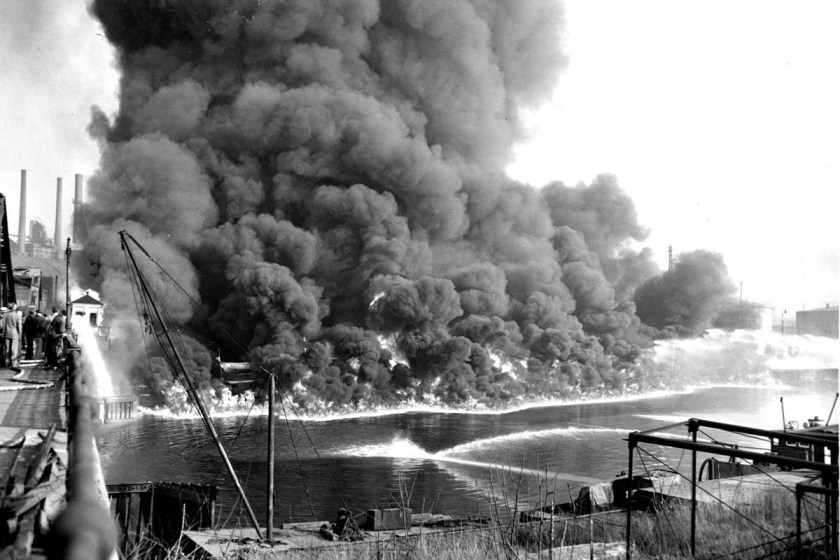 In the case of external costs consider the classic example.  If you own land through which a stream runs.  Someone upstream of you, let’s call him Ivan, decides to make widgets and sell them to you.  These widgets are something valuable to you.  The problem is, the process for making the widgets produces waste.  Ivan just dumps that waste in the stream and the contaminated water flows through your property.  You, of course, are not happy with this.  The contamination is a cost to you, reducing the value of that water to you.  Depending on how bad it is, it might be tolerable, but it’s still a cost imposed on you.

So long as Ivan is only selling his widgets to you, you can simply include the cost of the reduced water quality in what you’re willing to pay for them.  You’re willing to pay less for the widgets because you’re already “paying” through the damage to your water supply.  But suppose Ivan sells the widgets to someone else, let’s call this one Francois who doesn’t live anywhere near that river.  Francois is not already “paying” through the contaminated water so he’s willing to pay more for the widgets than you are.  Now maybe he’s willing to bid less for those widgets than he would otherwise in support of your plight and maybe he’s not.  If not, maybe Ivan will still sell them more cheaply to you to help compensate for your loss and maybe not.  Once that third party is involved, in a strictly market driven situation (no laws or regulations to force things), you getting compensation for the loss you suffered with the start of Ivan’s production and dumping relies on other people voluntarily deciding to act against their own self interest to compensate you for your loss.  And as more and more people become customers for Ivan’s widgets, the likelihood that they’ll all voluntarily adjust their bids to make sure you retain your own compensation for the loss to your water supply becomes vanishingly small.

You could get together with other folk downstream of Ivan and ride up to his house to express your displeasure in a way that will “suggest” that it would be in his own self interest to clean up his act. (Am I being too obscure here?  I mean you can threaten violence, and show that you’re both willing and capable of carrying through.) And if the contamination is severe and clear cut enough the vast majority might consider it justified.

Now, however, suppose you go into business making fishing lures.  You use lead for weights.  As a result of your own operation some lead gets into the water, about 5 micrograms per liter that’s about 1/3 of the actionable limit permitted by the EPA for drinking water.  Suppose, now, someone downstream objects to your contamination of the water.  Are they, in their turn, justified in coming and threatening violence to get you to reduce your already low effluence still further?  Or maybe you can just pay them to compensate for the “damage” you cause, the reduction in value of the water to them caused by your contamination.

It soon becomes simply impossible to determine who owes what to whom for value reduced, and value added.  Attempts at market solutions break down through the inability to sort out what the individual transactions would be.  In a market transaction if you don’t like the price offered you can simply not make the transaction.  Somebody charges too much or offers too little and you don’t buy or sell.  But in cases like the water, if you don’t accept the compensation that’s on offer for the cost imposed by water contamination and your neighbors do, the contamination keeps happening.

The usual fixes of a market to someone charging too much or too little break down in the case of external costs.  This is where an external party can, with advantage, step in to try to manage things.

This does not mean that the current approach with organizations like the EPA and their endlessly more complicated and more pervasive regulations are the best, or even a good, way to deal with the situation.  As Thomas Sowell is wont to point out, just because in some circumstances, government can do better than the market does not mean that it will.  While a strong case can be made that something needed to be done back when the EPA and various other government regulations went into effect, once they were begun the Iron Law of Bureaucracy went into place and they soon became an end in themselves, going from beneficial to actual harm.

Milton Friedman, on the same issue of pollution suggested an “effluent fee”, basically a tax on the emission of various levels of effluent.  This would ‘internalize” the external costs and allow the market to then find the optimal amount of emission.  Personally, I think he was optimistic in thinking that such fees would bear any resemblance to the actual external costs and think they would instead simply become another bottomless pit for government taxation, but they would probably be superior to the current approach.

So there are some things where government can handle them better than the market.  Unfortunately, current mechanisms manage to find ways to be actively worse than just letting the market operate.

Don’t have a pithy end to this because I don’t really have a solution.  We really need to scrap the current system and start over but the political forces in place pretty much mean that’s not going to happen.