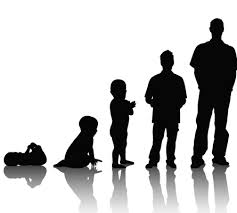 The law defines when a child becomes an adult.  Only the law seems to be more than a little confused about the matter.

You can drink alcoholic beverages when you’re eighteen, no twenty, no twenty-one.

You can use tobacco when you’re sixteen, no eighteen, no twenty-one.

You can vote when you’re twenty-one, no eighteen, and now talking about 16.

You can drive three-thousand pound metal monstrosities capable of twice the legal speed limit at sixteen.

You can decide to get an abortion without parental consent at, well, at menarche.

You need parental consent to take Tylenol in school until you’re eighteen.

The theory is that young people don’t have the life experience and maturity to make good decisions and, so, their actions need to be restricted for the safety of themselves and others.  Okay, I can buy that.  Even with my libertarian bent, I have to take an authoritarian position sometimes (less so as time goes on, but even still) with my daughter.  I have a responsibility to see that she has the mental and emotional tools to make good decisions when she’s grown and on her own.  And while I could take the approach of “let her learn the hard way” and make all her own mistakes without stepping in offering more than advice, well, how do you explain to a two-year-old who is just coming off learning that objects still exist when they’re not in view that stepping in front of moving cars on the street is a very bad idea?  You can’t.  So you snatch her back from the brink and give some mild punishment, something she can understand (could be a scolding, could be a swat on the rear–whatever works for that particular child) that, no, she is not to step into the street.

As she gets older, she understands more.  More things can be explained.  And more things she can be allowed to learn for herself through painful experience that they are bad ideas.  But even then, some things you really can’t afford to risk.  That guy involved with gangs (actual, real gangs committing real crimes, not just liking music and fashion with which you disapprove)?  No, she is not allowed to hang out with him no matter how much he flatters her (leading her to think that she’s in love).  You restrict her because the price of “learning the hard way” can be that the lesson is learned far too late and you end up being called to identify a body.

And in a larger context on the same idea, we have laws that restrict what minors can do compared to adults.  It’s for their protection and it’s for the protection of society as a whole.  Sometimes it goes overboard.  In fact, it probably goes overboard a lot.  If I want, for instance, to introduce my child to alcohol in a controlled fashion so it’s not something new and glamorous when she goes off to college, that should be my choice.  Indiana law, however, sees it otherwise.

Still, some such restrictions are nevertheless probably in order and probably, on the whole, a good thing.  I just wish they made sense.  On the whole the age of majority, where one is considered an adult and able to make one’s own decisions for better or worse has been moving upward.  See what has happened with alcohol and tobacco, what they’re talking about with “vaping”, and the movements already started regarding gun ownership.  But there are a few where they are moving down.

Most of these movement are not based on any actual assessment of maturity and the ability of an individual to make decisions for his or her self and accept responsibility for the results.  They are driven by political motivation.

Nobody should be able to use tobacco, certain Bertha Better Than You types will think.  They can’t get it banned entirely, but what they can do is get the age where a person is allowed to use tobacco raised. “For the children.” (Because, what kind of monster wouldn’t want to protect children?) Alcohol, guns, vaping, whatever.  Look closely at the people calling for raising the age where people are allowed to decide those things for themselves and you’ll find that most of them are folk who don’t think anyone should be allowed to do those things.  They can’t get what they want, so they go for what they can get.

On the flip side, we have the ones moving down.  Voting is a big one on this.  And, once again, the  motive is not any actual assessment of the maturity and capability of the young people.  No, it’s simply another matter of self-serving their own ends.  In the late 60’s there was the agitation to lower the voting age in Federal elections from 21 (as generally set by the States) to 18 (mandated nationally). A common argument was “you’re old enough to kill but not for voting” (Barry McGuire’s protest song “Eve of Destruction”) as if the two things had any connection to each other.  Why, no, in fact, wading through jungle muck lugging an M-16 around and shooting at folk who are shooting at you has absolutely no connection on intelligent and rational exercise of the franchise.  Completely different skillsets.

But it was politically a hot topic.  And there were political reasons to move the age down.  But it’s even worse today, with calls to reduce the voting age still further to 16.  There isn’t even the “old enough to be conscripted…” argument since we haven’t had a draft in forty-six years.  An person enlisting on the day after the draft was abolished, rising to the highest enlisted rank, would have been forced into retirement sixteen years ago.  General officers can stay in the military a bit longer but when Marine General Robert Neller retired in July of 2019 he was the oldest serving general officer and he had only joined the Marine Corps four years after the draft ended.  So as bad as the “old enough to kill, but not for voting” argument was, not even that applies to the new move.

No, the only motivation for lowering the voting age is political.  The folk promoting it believe that it will work to their advantage politically.  And, they’re probably right.  Young people don’t have a lot of life experience.  They are susceptible to pretty ideas that sound good if attractively presented and you don’t think about them too much, ideas like Marxism.  Young people are still caught up in “it’s not fair!” thinking.  “It’s not fair” that some people have more than others. “It’s not fair” that people have lots of money but not “working” for it. (The years of delayed gratification, careful husbanding of resources, and wise investment of time, effort, and money that it took to create that wealth is not so apparent as the benefits now being reaped of having done so.) “It’s not fair” that people with  minimum skills who do only the minimum required for their minimum wage job don’t live a middle class lifestyle.  Lots of things “aren’t fair” when you only see part of the picture–as young people almost always do.  So they are easily swayed by promises of “fair” or at least “fairer.”

Mind you, that isn’t to say that things are fair when you do see the larger picture.  The world is a non-remarkably unfair place.  It’s just that most attempts to make it “fair” have been tried before with uniformly disastrous results.  We can’t make it fair, certainly not with crypto-Marxism (as most if not all left-wing policies are).  We can, however, make it better for people within that unfairness.  And we have, as a simple comparison of the “poor” of today with the “rich” of the past demonstrates.

When you consider that voting can do far more harm than any of the other things that are different between children and adults–underage drinking can be harmful to the child.  Combine it with driving and you have accidents that can even kill one or more people.  But underage voting, if it leads to implementation of the horrible policies of those who are promoting it, can kill thousands to millions.  If anything should be kept out of the hands of children, it’s the ballot.

So, while there are reasons to treat “minors” and “adults” different in law, those reasons have very little to do with the actual setting of law.  The personal desires and biases of those who promote changes in age of majority are the driving factor.  Nowhere is this more evident than in the drive to push the age up in some cases and down in others.

Now, in an ideal world it wouldn’t be a single age for everyone (although I still submit a single age for each individual).  Some people do mature earlier than others.  Some never mature at all.  In that ideal world we would have some kind of standard by which we would be able to say that this person, whatever age he or she is, has the maturity, responsibility, and understanding to be treated as an adult.  But I do not know how to implement any such standard.  I do not know who could set such a standard.  And I do not know how to trust that it would be implemented fairly.  So, this being a less than ideal world we go by age.