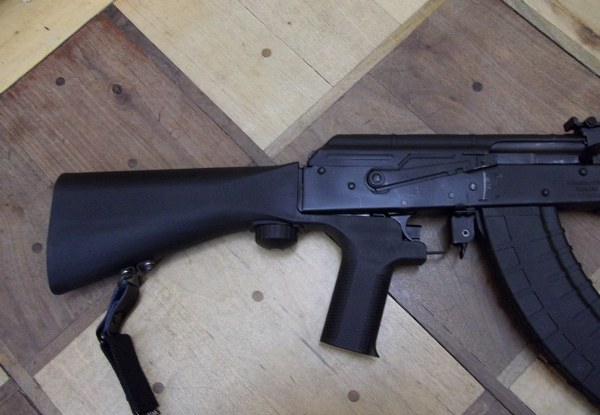 It’s been over a year since the Trump Administration unilaterally re-defined the meaning of the term “machine gun” so as to make bump stocks illegal with no grandfathering.  (Among other things making that an ex-post-facto law.) The Usual Suspects were all “It’s 4-D Chess, part of a larger plan.” Well, I wrote this in response to that, and find no reason to change a word:

So the ATF under the Trump Administration has unilaterally changed the definition of “machine gun” to include a firearms accessory, specifically bump stocks, making the possession of them illegal.  There is no “grandfather clause”, there is no way to render them legal by registering them and getting the $200 NFA Tax stamp (no new machine guns could be registered after the 1986 Hughes Amendment).  That makes this not only a violation of the 2nd Amendment but also of the “nor be deprived of life, liberty, or property without due process of law” provision of the 5th.

But the die-hard “Trump can do no wrong” crowd are claiming once again that Trump is “playing 4d Chess” and this is all part of some plan to accomplish… something. What exactly it’s supposed to accomplish, and how, is left unclear.

Look, there is no “4-D chess” here. There is no “deal.” I, for one, do not think Trump is stupid enough to buy the “give up something now in return for the promise of something in return later” so beloved of the Republican party (that the “something in return later” never materializes never seems to faze them). One does not develop a business empire of that size by being stupid and certainly not from repeatedly falling for “I’ll gladly pay you Tuesday for a Hamburger today.” If he’s giving up bump stocks now it’s not in the expectation of getting something else (like, say, national reciprocity which claim I’ve heard from the “4-D chess crowd) later. No, he’s giving it up for nothing.

Doesn’t matter how much you say “Bump stocks are no big deal” or “nobody really needs a bump stock” (we back to “bill of needs” again?) or “they’re just a way to waste money while losing accuracy and actual utility.” None of that matters.  All that matters is that people are being deprived of property, and the right to own said property if they want (all the justification anyone ever needs, at least if you want a free society) for nothing, giving up liberty not even for “a little temporary safety” just for…nothing.

The thing is, despite what the “Trump can do no wrong” crowd would like to believe, he has never been a fan of the 2nd Amendment (or the 4th, or the 5th, or the 1st, or…) As just one example, while he was campaigning he was more than willing to throw semi-automatic rifles under the bus after the Pulse Nightclub shooting.

He’s not a fan of the 2nd. Never was. Pretending otherwise is naive in the extreme. Now, it’s possible that the Supreme Court Justices he’s appointed–Goresuch and Kavenaugh–might be, but that’s purely incidental. If they are (I don’t know enough about their history to say for certain.  And even if they were before it’s not unheard of for a Justice to change once ascending to the Supreme Court) he appointed them despite that, not because of that.

So buckle up and hold your hats, folk who actually care about liberty. It’s going to be a bumpy ride.

One thought on “How’s that 4-D Chess working out? (A Renamed Blast from the Past.)”