No sane person believes in vampires.

And that’s exactly the way the vampires want it. For centuries vampires have existed among us, hiding solitary in the shadows, preying on an unsuspecting humanity. Secrecy is their weapon and their security. In times past then they were discovered, they relied on their other weapon–fear–keeping humans too terrified to use their superior numbers and ability to walk the day to exterminate the vampires.

Dani Herzeg is a Dhampyre, born to a vampire mother for the express purpose of serving as an aid and daytime guard. Instead, she hunts vampires. Only now some vampires are no longer hunting alone. Combining into gangs and going on bloody killing sprees, almost uncaring of keeping the secret of their existence from the larger world.

With Indianapolis police detective James Ware her only ally, Dani must try to stop the bloodshed before the secret is revealed and vampires are launch a campaign of terror against the human world.

Or is it already too late? 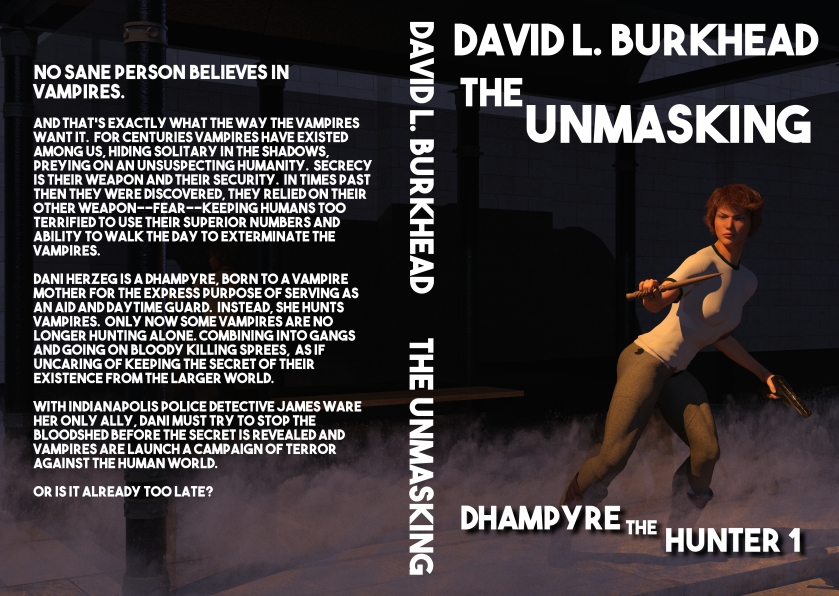