As I have mentioned previously, there appear to be two “goth” type events locally.  One is a “Goth Night” at the Black Circle Brewing Company that usually seems to be near the middle of the month.

Well, I noted that I haven’t had a “night out” just for my own entertainment in an embarrassingly long time.  Part of the issue is the responsibilities of being a single parent.  But I was reminded that it’s not good for either me or my daughter for me to lock myself up as a hermit.  So, the plan is to attend the upcoming event on the 9th.

The Black Circle Brewing Company is, as the name suggests, a microbrew place.  Unfortunately for me, I can’t drink beer–it spikes my blood sugar.  They also serve wine, cider, and mead (no distilled liquor) so I’ll be able to manage. (Drink responsibly, folks.)

Since this is a “Goth” event, it provides an opportunity I don’t get often to “dress up.” My boss in my day job is relatively understanding but even so I wouldn’t want to wear anything fancy here at the lab/office.  As it happens I had just recently ordered three different Victorian tail coats, one in black, one in purple, and one in red (black shown here): 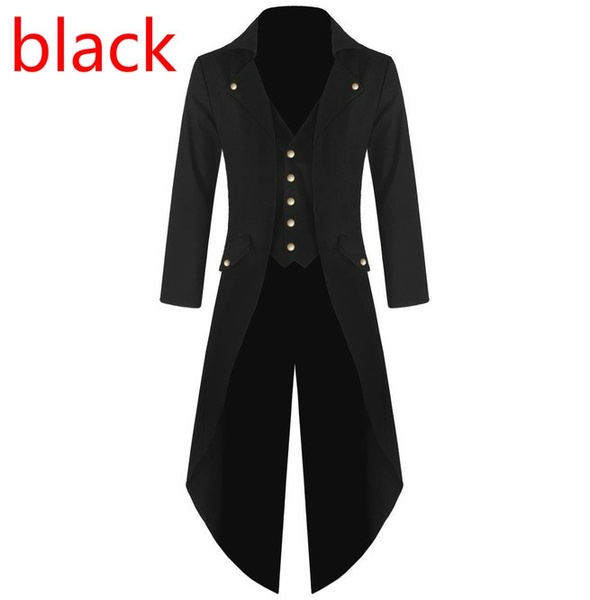 As it happens each of the coats is coming from a different location (go figure) and it will be the purple one that is scheduled to arrive by this weekend.  So, that’s what I’ll be wearing.  Black dress shirt and slacks, with the coat adding some color should make for a distinctive look.

And, so, the plan is to head out, have a late supper and possibly a couple drinks, listen to the music and people watch.

One thought on “Planning a Night Out”