Given the events in Virginia, and some government folk talking about how the Military would just “crush” civilian gun supporters, well, this was appropriate to revisit. 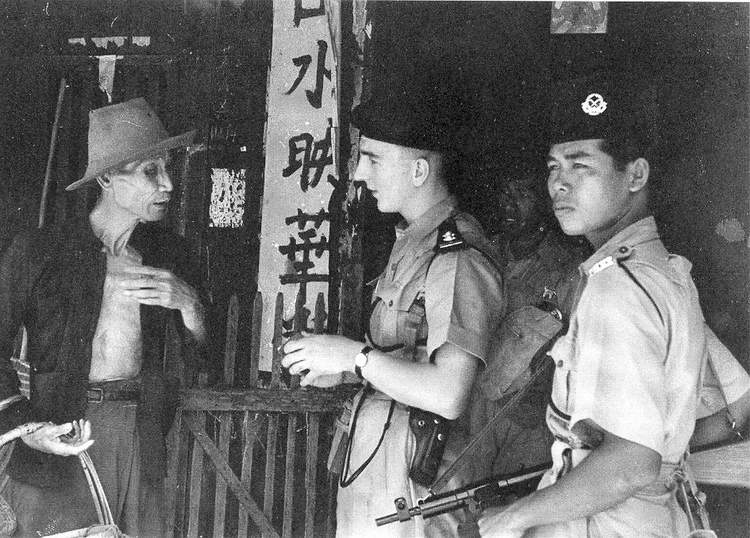 I had intended to write a blog post on that subject sometime, but as it happens my friend Michael Z. Williamson did one today. [Ed.  That would have been the date of the original post]

It’s almost always civilians who say this based on their non-experience in the military.

First of all, it would terrify me to believe that there was nothing I could do to stop an invader or rogue government. But apparently, they fear me more than it, while believing I’m impotent to do anything about it.

I would suggest anyone with this combination of neuroses seek mental health help.

To believe that lightly armed forces can’t defeat a government one has to believe that the Vietnamese lost and the Iraqis didn’t tie up the US Army for a decade.

Let’s start with the concept of an invader.

Said invader is likely at the long end of a supply chain. (Canada is not a likely invader, nor Mexico.)

Now, even if we accept the claim that very light infantry can’t do anything effective…it can be a screening force for the military members who can. Every veteran or trained hunter with a rifle acting as support, perimeter security, reconnaissance and facility guard is one more active duty troop freed up to engage.

And they are far more effective if they have commonality of ammo, magazines and parts with the regular forces. AR-15s don’t have quite the same internals as M-16s, but the pins, springs and accessories are interchangeable, as are ammunition and magazines. Suddenly, the US Army has a potential 30 MILLION more basic Riflemen.

But the claim they can’t do anything effective (beyond what we’ve shown) is false.

Rifle fire is just fine for harassment of troops in garrison, ongoing casualty infliction among support elements, and more importantly, their administration.

An invader, once amongst the populace, has limited options. If his goal is simply to destroy the nation, then there’s no reason to waste time within anything below strategic weapons. But what point does that serve?  And if that happens, with no subsequent invasion, then the utter chaos, collapse and starvation that will follow dictates that being heavily armed is among the top survival priorities.

If his goal is to transform the nation, he must have offices, bureaucrats, support personnel. Almost none of those will be military, nor armored, nor armed. They will have to drive or walk the streets, and they can be assassinated easily with rifles.  Rifles being better than pistols, because even a 100 meter head start greatly increases survivability. Semiautos being better than manual actions, because an area can be saturated so that even if the target dodges, he is more likely to be hit.

Keep in mind that a few dozen active PIRA/IRA shooters and bombers kept entire British regiments tied up for decades. A lone rogue cop kept four departments in the LA area tied up for a week. Two bombers in Boston crashed the economy and stopped the city for three days.

Can the invader secure a port on the coast, with air support and materiel ships and a garrison?  Possibly.  Can he move inland with patrols? Yes, while taking horrific casualties.  Can he roll convoys in and establish inland garrisons? Not without great difficulty, coming back around to that “you destroyed what you were trying to claim” problem.

What about his tanks and planes?

What about them?  First they have to get here, then they have to have a secure facility. Modern planes are very susceptible to damage. Rifle fire can destroy engines, airframe integrity, avionics. It can kill all the necessary support personnel–up to 100 per craft.  This means the aircraft must be outside of rifle range of the perimeter, or protected by a revetment constructed by engineers. Those engineers and security are susceptible to rifle fire, while any remaining operational military elements bring mortars or drones into play.

As far as tanks…they have to have a place to laager every few hours, and the tankers have to get out.  Then they’re as susceptible to attack as any other troop.  And that laager will need security and a perimeter. This gets insanely expensive very fast, as many liberals have noted with the operation in Iraq..which they insist the US lost.

No other nation has that ability to project force.

And even if they do, they rapidly lose any possibility of “winning hearts and minds” and are back to the problem of having to destroy the nation, its population and its resources and infrastructure, in order to conquer it.

The arithmetic is simple:  Even if a nation the size of China could mobilize all 5 million troops into the US, the 100 million armed American households, with potentially 2.5 rebels each, means it’s possible for the US to soak up casualties 50:1. Even if major population centers were nuked first, we could manage 20:1, and we’d pick the softest targets first.

Then, when our partisans do eliminate a tank element, or ground unit, its weapons then become ours, and we’re no longer “fighting tanks with rifles.” Because we have diesel mechanics, electronic experts, and rifles.  Will they be as effective as a professional force? No.  But they’ll be effective enough to tie up yet ANOTHER armor unit trying to stop them, which will pin that unit in place for even more harassment and attack.

It is simply ridiculous to claim an invasion is realistically possible.

Now, this doesn’t mean we don’t need those rifles.

Let’s move to a repressive government in the US.

This is not likely to be a fast process.  However, we’ve seen increasing asset forfeiture, denial of due process, corruption, violation of rights.  If it continues unchecked, it’s possible to conceive of a point where the average American will decide enough is enough.

And part of such process is making it harder for the population to resist. Which includes gun control.

One of Diane Feinstein’s arguments for her desired ban on .50 caliber rifles was that they could be used to attack armored cars the police use.

So the question becomes, for what purpose do the police need to send an armored car to my house?

And for what purpose might an even less facilitating government do so?

And if the first argument is armored cars, then what about body armor?

Quickly, the safety of government agents becomes more important than that of the citizens it is supposed to serve.

Well, such a government is not going to send any fighter planes. First, they’d have to find a pilot willing to bomb US civilians, and if they can find that, you better get every weapon you can into the hands of every person you can.  Because that means they’re willing to blow up your house and damage or destroy your neighbor’s house in the process to get you. What kind of crime could you possibly have done to merit that?

As far as tanks, those require a tank hauler to deliver them to the location.  If they’re sending that down the road to an American citizen’s house, for any reason whatsoever, it better have an armed convoy, because I guarantee, I don’t care what crime you may have committed, that is far beyond a reasonable response and I’m going to try to stop that convoy with roadblocks, caltrops, rifle fire, and whatever else. It’s very likely that after you, it’s going to be me anyway, so I may as well get the party started. And I won’t be the only one.

Seriously, what world do you live in where you believe the government could or should use that kind of force, and you’re not offering to pre-register with the resistance? Do you hate any of your fellow men that much?  Do you not see a problem?  Or do you in fact endorse that kind of despotic force? Because the way some of you toss it out there makes me wonder.

Do you see my problem?

And if it comes to that, we’d be back to the position where it’s time to shoot every bureaucrat, every manager, every secretary of that kind of government.

But that’s actually the second part of the problem.

The Congress shall have power …
To declare war, grant letters of marque and reprisal, and make rules concerning captures on land and water;

Read that again, if you haven’t read it before.  Congress has the power to license WARSHIPS that are not part of the US Navy.

This means privately owned warships, WITH CANNON were common enough in 1789 that it was worth writing a rule for their usage.

Quite a few artillery units through the US Civil War were privately owned.

Now, warships are pretty expensive these days…but old torpedo boats can be had for $50,000, and people do own tanks and aircraft with disabled weapons, as well as artillery pieces.

And my question is, why do they have to be disabled?

Well, that comes down to the National Firearms Act of 1934, declaring that such things had to be licensed, both the weapon, and every individual shell, at $200 each.

Then in 1968 there were a few more restrictions.

Then in 1986, the so-called “Firearm Owners’ Protection Act,” which does nothing of the sort, made it illegal to manufacture new machine guns for civilians, even with the tax and license.

So your argument is, “We’ve already violated this amendment to the point where all you have are very basic infantry weapons, and now we’re claiming those aren’t effective without the stuff we’ve already banned, so it’s reasonable to ban that, too.”

And I’m saying, we need to fix the entire problem, which we both recognize, and eliminate those laws so veterans (and determined civilians who for whatever reason were unable to serve), can have the weapons they need so we CAN fight tanks and planes in such an emergency.

The only people who could possibly object are the kind who want to send tanks and planes against civilians.

15 thoughts on ““You Can’t Fight the Military with Rifles” A Blast from the Past.”