The school my daughter attends, New Augusta Public Academy North had their 17th annual “Cardboard Regatta” today.  Students have been preparing for this for several weeks.  Teams designed and built boats, made out of cardboard and tape (Duct Tape, Package sealing tape, that sort of thing).  Then, on the day of the Regatta, they race them across the pool at the Pike High School Aquatics Center.

Before the start, the boats waiting along the sides: 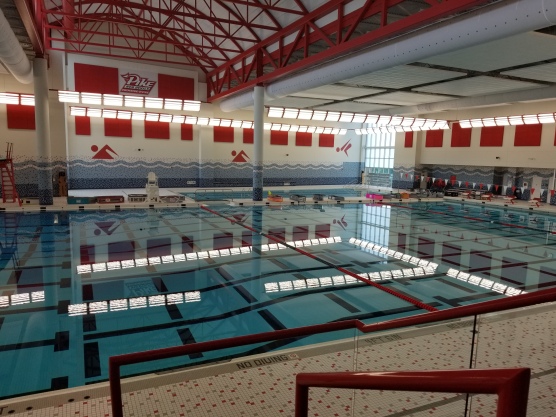 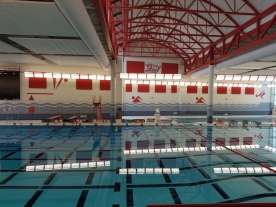 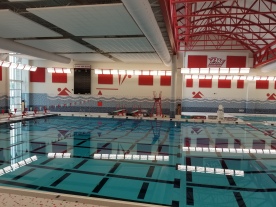 Athena and her crew (along with others) waiting for the start of their heat. 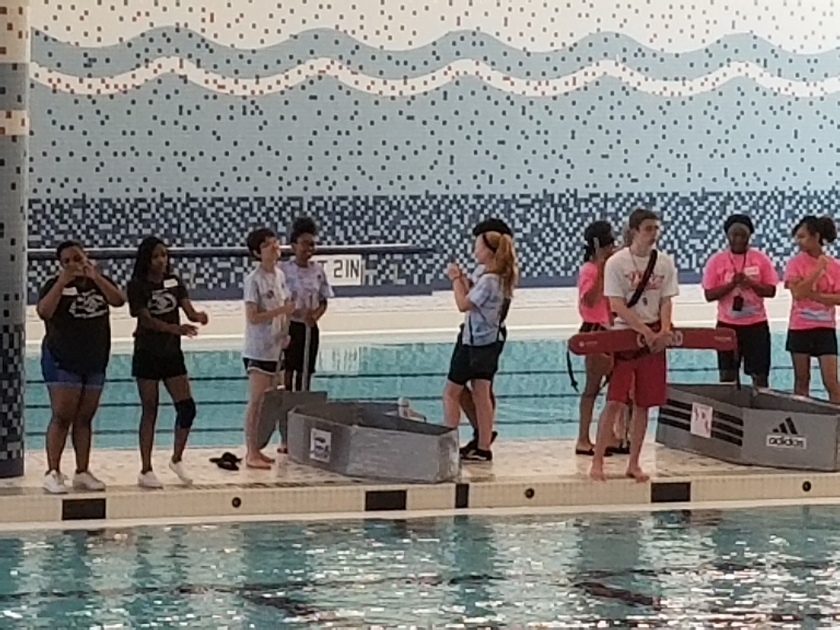 In the water, waiting for the starting bell (they used a bell to start the races) 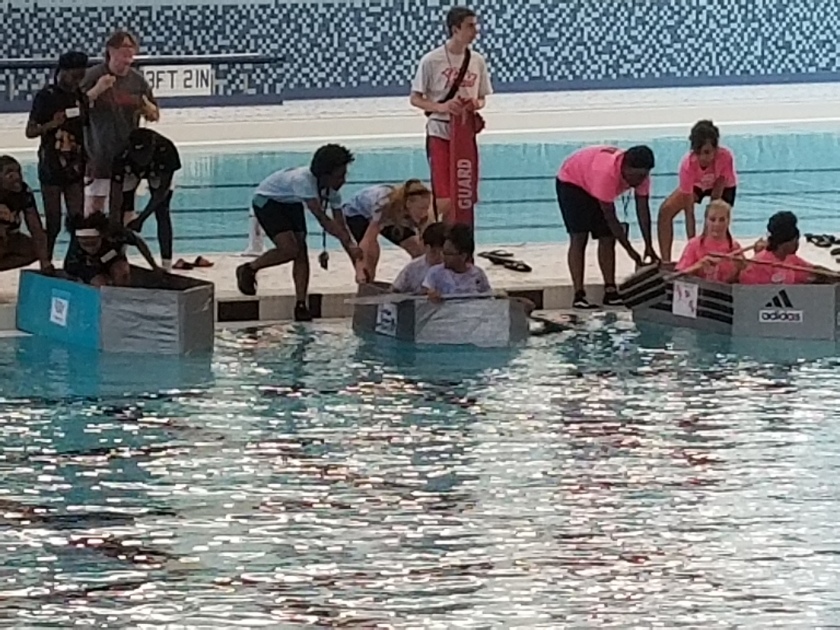