I had intended to reblog a post from over at According to Hoyt, but the “reblog” button wasn’t working on the browsers I had open.  So… here’s an intro: 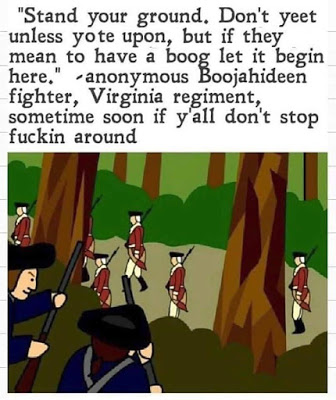 Yesterday there was a comment by someone here about how he wanted blood on the streets.

Now is avoiding blood on the streets consigning ourselves and our children to the type of hell other countries have gone through for three generations? I don’t know. It might not even be possible for people like me. It’s always a bad sign when I wake up strangling the bed clothes and shaking them, which is the reason I’ve been up for two hours now and it’s not even 8 am. It’s a sign the anger is starting leak around the edges. And we’re nowhere at the level of oppression going on in Venezuela or even vaguely approaching the crap people put up with for 70 years plus in the USSR.

However people who lived in the USSR and people from Poland, say, might very well tell you it was worth to keep their heads down and quiet until they could be free again. After all if you’re dead you’ll never see freedom again anyway.

Which is fine, but being a live lamb might not be possible for most Americans in this day and age.

This in turn brings me to why we’re angry.

Read that paragraph again. And realize that the fashionable habit these days of adopting a pose of the “the republic is gone, gone, gone” is bullshit. The only people who can think that are people who have never lived in another country as one of them.

Read the rest at the source.

One thought on “Angry”