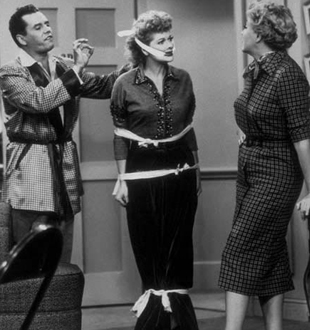 No, not that kind of constraint.

It is popular these days to look back on people in the past and criticize them for not living up to whatever ideals the person looking back holds.  Clearly these folk were evil, people say.  Look at the things they did and supported.

Thus, we have Thomas Jefferson, primary author (with others; it was a collaborative document) of the Declaration of Independence and mentor of James Madison, one of the people behind the Constitution and the primary author (again, with others) of what became the Bill of Rights, being summarily dismissed, and the importance of those documents he helped create wiped away because Thomas Jefferson owned slaves.  What a hypocrite, talking about “freedom” and “equality” while owning other people as property.

However, the situation was more complicated than that.  You need to start with the fact that slavery was an existing institution long before Jefferson was even born.  It was what he grew up with.  And it was what he had when he first inherited property.  Now, Jefferson had his flaws.  Among them was a spendthrift nature (particularly when it came to books) and poor personal financial discipline.  He was constantly in debt.  This was one of the constraints he faced.  The slaves on his various properties were capital assets, part of the security against his various loans.  As much as he might have wanted to free his slaves, his creditors would never allow it.  Likewise, law in Virginia was specific on how and when slaves could be freed.

It’s easy to say that Jefferson should have just ignored his creditors and the law and freed his slaves anyway.  The problem is that unless he immediately transported them to someplace “safe” they would just be re-enslaved since he didn’t have a legal right to free them.  But he didn’t have the finances to relocate them, either.

Similarly we have Patrick Henry.  He opposed slavery and wrote to that effect on more than one occasion.  But, like Jefferson, he owned slaves.  Henry, however, had different issues than Jefferson.  While he opposed slavery, he also feared that if it were simply abolished and the slaves freed, there would be massive reprisals by former slaves against not just their former masters (who were always a small minority of the population–slaves were expensive to own and maintain) but against white people in general.  Several uprisings gave credence to such fears.  He thought that freeing the slaves had to be accompanied by repatriating them back to Africa (which, given the tribal nature of most of Africa at the time, had its own problems of which Henry might not have been aware) or otherwise handled carefully.  In the meantime, the institution continued to exist and while it continued to exist he saw no reason not to be part of it.

From this side of history it’s easy to say he should have pushed to abolish slavery anyway.  It’s easy to look back and see that when slavery finally was abolished we didn’t have the massive retribution that Henry feared (which is information we have that he did not).  It’s even easy to say that if there were, why that’s nothing more than what those evil slave owners deserved. (Well, maybe, but their families and their neighbors and folk who never owned slaves in their lives but only share a skin color with those who did?) It’s easy to say when it’s someone else who will be suffering the consequences of the precipitous change.

The idea of slavery is an extreme case but it’s not the only one.  Fighting on the “wrong” side of a war, because you happen to be born to that nation.  The main case of that in the US today is talking about Confederate soldiers. (The modern penchant for casting the United States as the villain, or at least no better than its enemies, tends to insulate most others from this effect.) Most of them didn’t care about the slave issue one way or another, they were fighting for their State.  It’s difficult for many today to understand but before the Civil War one’s State was or more import to the individual than the Federal government.  Indeed, the whole term “state” came from the idea that each was its own nation-state, ceding certain powers to the Federal government for dealing with the rest of the world and for smoothing out certain interactions between the States.  “These United States” as opposed to “The United States.” A person’s loyalty was first to his or her State, and only secondarily to the United States as a whole.  Their “nation” as they considered it, was at war so they fought for their nation, just like English have fought for England, French have fought for France, Germans have fought for Germany, Chinese have fought for China, and so on and so on and so on.

And even if they didn’t fight simply because it was their nation at war?  Well, once again, options and constraints.  The combination of social pressures (which can be amazingly strong) and the fact that the Confederacy, like the Union, used conscription, put a lot of people who might or might not have really cared about the issue into uniform to be hurled into battle.

A lot of people, looking back at earlier times, or across the sea to other cultures, like to think that they would be different.  They would be the ones who stand strong and refuse to support the “evil” nation, refuse to obey the unjust laws, and so on.   They think they would be John Brown, launching a doomed attack against slavery, or August Landmesser, staunchly refusing to salute Hitler even though he alone in the crowd is doing so.

However, how many these people truly ignore laws they disagree with?  I’m not talking about breaking the law.  If you hide the fact that you’re breaking it, take steps to avoid getting caught, then you are not ignoring it.  You’re not an abolitionist freeing the slaves he’d inherited despite laws saying you can’t.  You’re not John Brown and you’re not August Landmesser.  And yet, a lot of people who have equally strong feelings about modern laws, that they don’t openly violate exactly as they are castigating those of the past and of other countries from doing, do not themselves do so.  They think they would have been the “heroes” doing so if only they they lived then and there.

They are, to put it bluntly, delusional.

And so, they castigate historical figures and others, people living in other times and other places, people facing different options and constraints, for not being better than they, themselves prove themselves to be.

They are, put simply, hypocrites.

5 thoughts on “Options and Constraints”