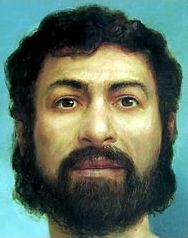 I don’t usually talk much about religion here–occasional bits of Asatru but that’s about it.  Still, this point has come up recently so I wanted to discuss a bit of philosophy.

Jesus (Yeshua Ben Yoseph as he would have been known at the time) is reported to have said: “I am the Way, the Truth, and the Life.  No one comes to the Father but through Me.” This is generally interpreted to mean that one has to be a Christian, a believer in Jesus Christ as described in whichever Christian religion is making the claim.

Consider, however, we live on an Earth 12,756 km in diameter, with a surface area of 510 million square kilometers.  It is one of nine planets (8?  Is Pluto back to being considered a planet again?) circling a G class star (and not counting any planets out farther that might yet be found circling our sun). The sun is just one star out of something between 100 to 400 billion stars in the Milky Way galaxy.  The Milky Way is but one galaxy, which itself is but one of two trillion galaxies.  That, then would mean something like two to eight hundred sextillion stars with possibly septillions of planets.

This is all scattered over tens of billions of light years, sextillions of kilometers.

And out of all that, on this one planet, the fall of each and every of the tens of millions of sparrows on just this one planet , along with every other creature here and throughout that incomprehensibly vast universe is noted, in real time, as it happens.

Such a being, if He exists, must Himself be far vaster, far more expansive than we can possibly comprehend.  Indeed, that must be true of any deity, whether the Christian God, or any other god or group of beings that we might call “gods”, that are a significant force in all that vastness (let alone an ultimate creator god).  Such a being would have to beggar our human understanding.  Any human conception of such a being or beings would be, at best, no more than one grain of sand in that 22 kilometer diameter ball.

There is the parable of the blind men and the elephant.  But that dwarfs the situation.  Six blind men touching some random thing in the world would be closer.  One touches a puddle and thinks it’s wet.  Another a fire and that it burns.  Another steps off a cliff and…briefly…thinks it’s rushing air.  All of them have only the tiniest, the most minuscule, picture of the whole, and don’t even know how limited their view is.  They think it is the world.

And so perhaps, just perhaps, even if we grant the opening statement as true, perhaps “by Me” itself encompasses far more than we can possibly imagine.